Dr. Suzanne McCullagh joined Athabasca University (AU) in 2019. She tutors PHIL 231 and PHIL 375 and she also coordinates PHIL 342, PHIL 350, and PHIL 380. Before being appointed to the Centre for Humanities at AU she taught Philosophy at Miami University in Ohio, USA. She works in the areas of Ethical and Political Philosophy, Environmental and Feminist Philosophy, and the Environmental Humanities.

Dr. McCullagh’s current work explores the conceptual possibilities for conceiving of ethical and political communities as involving humans and nonhumans and the role that the concept of heterogeneity could play. She is particularly interested in how certain concepts (such as empathy, solidarity, political space, responsibility, collective action, and the capacity to act) are open to contestation and modification by ecological thinking which alters who and what is subject to empathy and solidarity, has a capacity to act, or is a participant in political space. She is also working on a collaborative, interdisciplinary research project titled “Approaching Extinction/Contesting Extinction” which explores and develops conceptual tools in the Environmental Humanities for conceptualizing and responding to contemporary ecological realities.

McCullagh, Suzanne and Casey Ford. “The Desert Below: The Labyrinth of Sensibility between Rancière, Deleuze, and Weil.” Journal of Aesthetics and Phenomenology, November 2018

McCullagh, Suzanne and Renee Jackson. “Metaphors for Constructivism: An exploration of the aesthetic and empathetic dimensions of teaching capacities.” Canadian Review of Art Education: Research and Issues, Fall 2015.

“A Political History of the Concept of Empathy,” North American Society for Early Phenomenology, St. John’s, NFLD, May 2019.

“Becoming-Woman and/or the Disappearance of Woman in Ecological Ethics,” philoSOPHIA, St. John’s, NFLD, May 2019.

“Sympathy with the Earth: Becoming World in Area X of the Southern Reach Trilogy,” Association for the Study of Literature and Environment Sessions at American Literature Association Conference, San Francisco CA, May 2018. 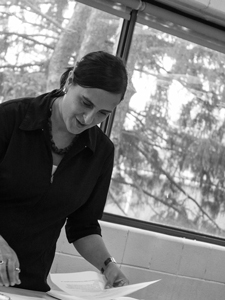